There was a kindergarten in operation at Northam Camp within three weeks of the camp opening. However, because of the language barriers, many women did not know it existed. So, children often ran loose, causing havoc and disrupting the camp. This led the Education Department to establish a primary school at Northam Camp.

In early 1950, John Roberts established a school for migrant children in an old army hut, with army trestle tables and folding seats. There were initially meant to be about 50 children but when the school started, 350 children turned up to enrol!

John Roberts and Broni Grenkoas, a Latvian teacher, were the only teachers until more were transferred from other schools. Emma Kutts (from Lithuania) and Harold Trees (also from Latvia) were also appointed to the teaching staff.

The children were placed in age groups. Two groups were taught in the mornings and another two in the afternoon. They were taught basic English, including letter sounds, counting, singing and Australian games. The school followed the normal curriculum and the Education Department made little allowance for the newcomers. They were ‘Australianised’.

There was a constant movement of children in the school as their parents moved on when they found employment or were shifted to another camp. The mix of languages also meant that some children became multi-lingual, learning another language from their friends as well as the English they were taught in class.

On Fridays, they all went to the grassed area below the canteen for sports and a picnic on the grass. As the school was poorly equipped the Camp canteen gave them a regular grant to buy sports equipment, paints and even a second hand piano.

There were also education classes for adults but not everyone chose to attend. Some people preferred to learn English by reading comics. 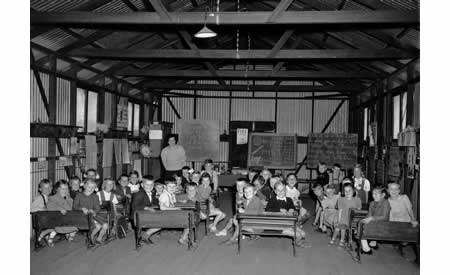 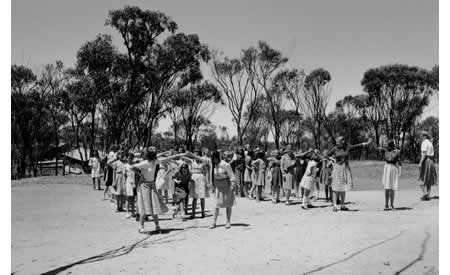 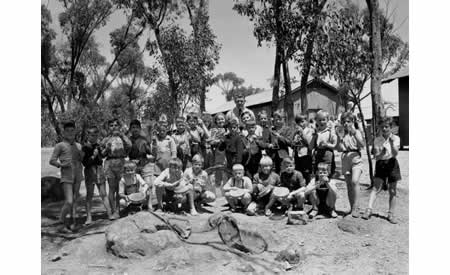 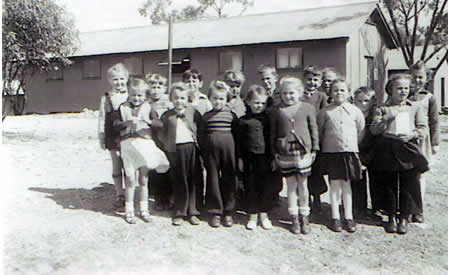 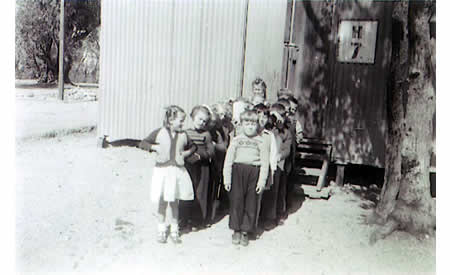 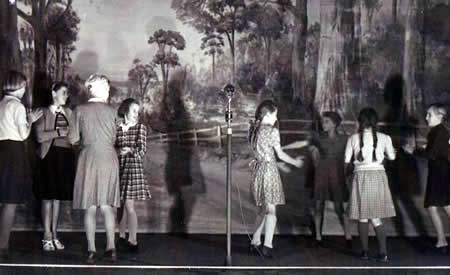 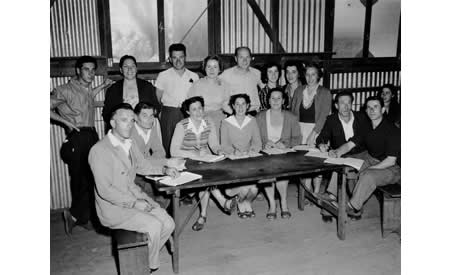 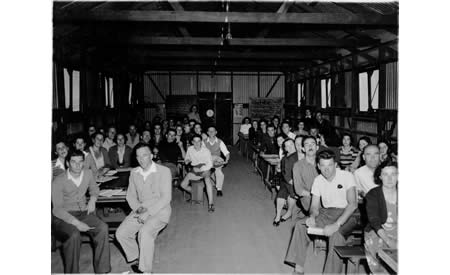