Prisoners of War in Western Australia

Interestingly, the first POWs in Western Australia were in fact German nationals. These men were the 315 survivors from the HSK Kormoran, a German raider operating in the Indian Ocean, which was sunk by HMAS Sydney II off the north-west coast of Western Australia in November 1941. The men from the Kormoran were later sent to Victoria.

Early in 1943, the Western Australian government requested assistance from the Federal Government to provide workers for rural areas and to ease the shortage of firewood for domestic and industrial use in the Perth metropolitan area. Cheap POW labour was seen as the solution to both problems.

To cope with the imminent increase of POWs, Western Command was given responsibility for the administration of the prisoners in Western Australia. By this time, there were already a small number of Italian POWs in Perth who had arrived in mid-1942 to provide a labour pool for the Australian Army. Employed to do menial tasks, they were accommodated at the No. 8 POW Labour Detachment at Karrakatta Army Base.

The first Italian POWs arrived from Victoria in June 1943. They were sent to the old mill town of Marrinup and were ordered to build their own camp. No. 16 Prisoner of War Camp at Marrinup became the administrative centre for all prisoner of war activities in the state.

Following the arrival of 200 German POWs at Marrinup on 21 November 1943, the Italian POWs were accommodated in their own compound or moved out to rural areas to provide farm labour where required. In some areas, Italian POWs were instrumental in helping to develop new agricultural districts.

The POW labour scheme was so successful that all available POWs were quickly allocated to farms short of labourers. As word spread throughout the South West, where the first POWs were sent, requests outnumbered prisoners. Control centres, which were directly administered from Marrinup and modelled on those already operating in the eastern states, provided local administration and supervision of all POWs working on farms in Western Australia.

By May 1945, at which time there were over 3,500 Italian POWs in Western Australia, 26 Control Centres had been established throughout the Wheatbelt and the South West. In addition, two work camps for special projects were established at Jarrahdale and Northcliffe.

The Control Centres were located on railway lines for ease of transport with the Army generally taking over a vacant building in each town for a headquarters and sometimes accommodation for POWs.

Each one was manned by a captain, a private and an interpreter, and there was very little security. The POWs wore a ‘lurid burgundy’ uniform so they would stand out and make escape difficult. In addition, the ‘bush’ was deemed security enough. 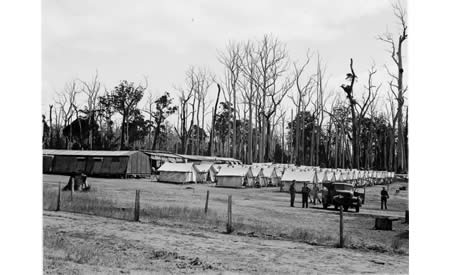 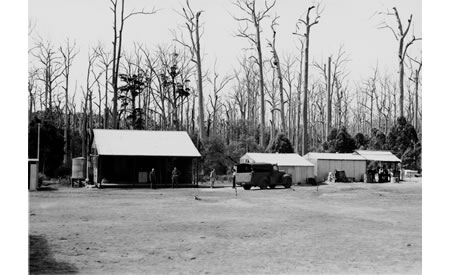 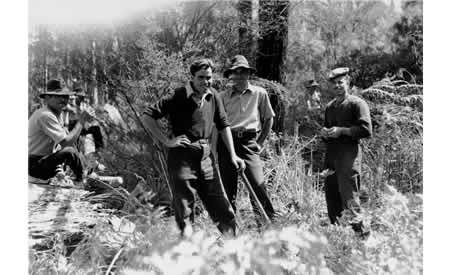 Historian Ernie Polis gives some background to the establishment of the Northam POW camp.