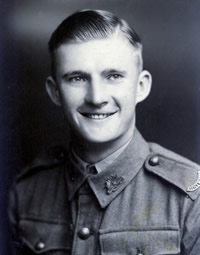 When war broke out in September 1939, Ted Brindle and his older brother Jim volunteered for the Army and were called up on 6 December 1940. Their younger brother Frank went into the Air Force.

Ted and Jim camped for a week at Claremont Showgrounds before being moved to an army camp at the Naval Base for about a month. They were transferred to Northam Camp in early 1941 for their final training for the Middle East.

In addition to drills and other exercises, they trained on Lewis Machine Guns, .303 rifles and a Bren machine gun. The fifth reinforcements of the 2/32nd Battalion left Northam Camp in early July 1941 to board the Queen Mary at Fremantle, which as to take them to the Middle East.

To prevent the enemy from attacking the troop ships, their departure was a big secret. However, families knew what was going on and had said their goodbyes the week before at Camp. The family of one of Ted’s mates, who lived in Midland, built a huge bonfire in their front garden which the boys could see from the train on their way to Fremantle. This same mate was killed at Alemain.

Ted was luckier. He returned to Australia and was discharged from the Army on 19 February 1945. 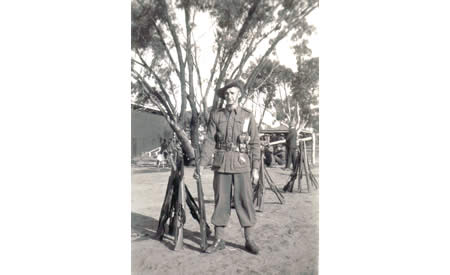 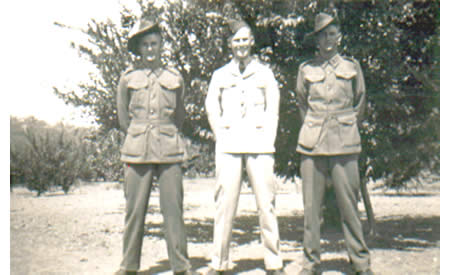 Ted, Frank and Jim Brindle in the orchard at their Parkerville home, 1941. Courtesy Ted Brindle 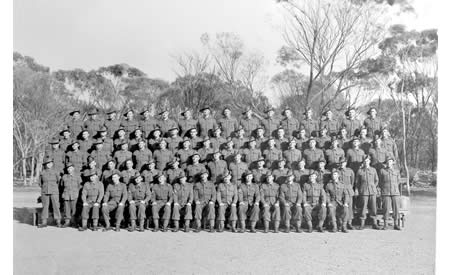 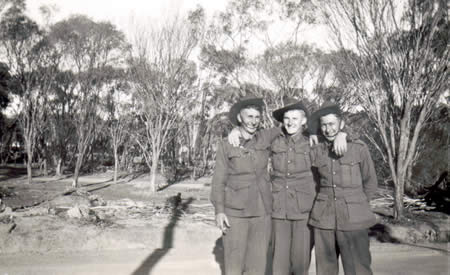 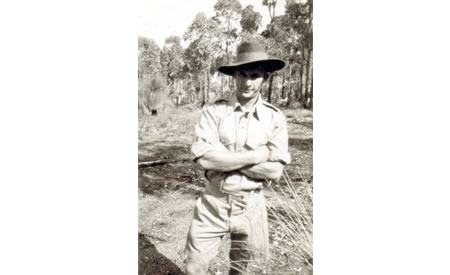 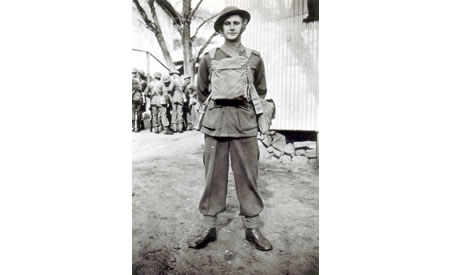 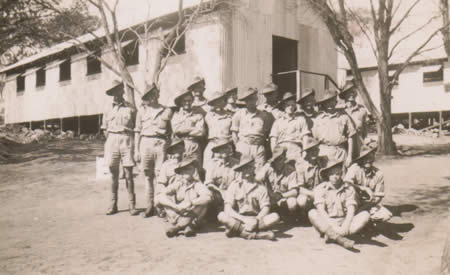 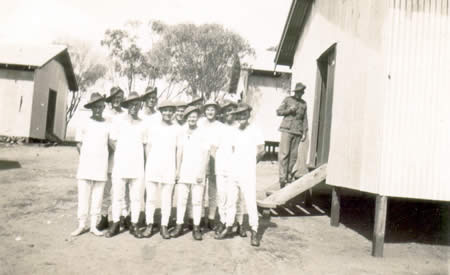 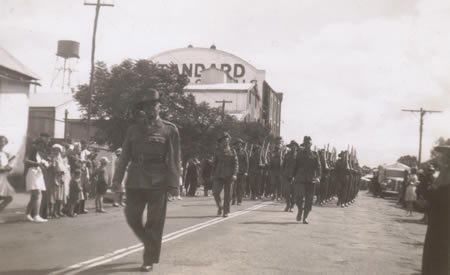 2/32nd Battalion Reinforcements marching through Northam, 1941. The various units fiercely competed with each other to be the best. Courtesy Ted Brindle 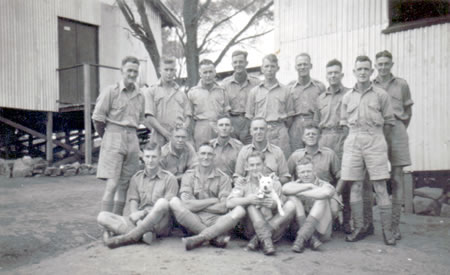 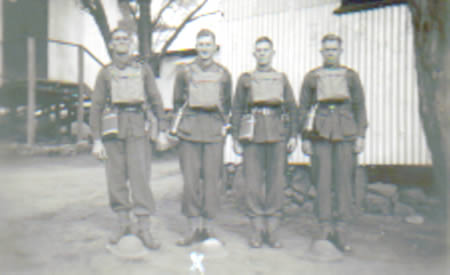 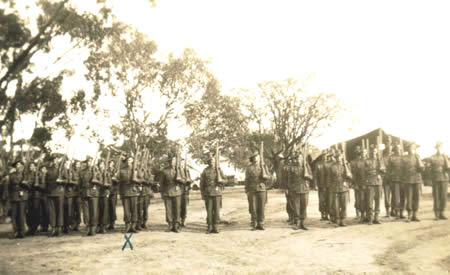 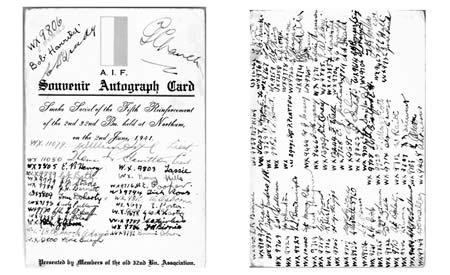 Smoke Social for 2/32nd Battalion, Northam, 2 June 1941 – the old boys from the original 32nd Battalion hosted a smoke social for the new troops two days before the 2/32nd left Northam Camp to board the Queen Mary in Fremantle for the Middle East. Many of those who autographed Ted’s card did not return from Tobruk and El Alamein. Courtesy Ted Brindle
« Prev Next »