After the 2nd AIF left in January 1940, reinforcements trained at Northam Army Camp before being deployed overseas. Some men came from other states to train at Northam.

The coming and going of troops through Northam Railway Station during the war caused great excitement for local children. There was one group of boys in particular who liked to steal the open jam tins waiting on food benches at the station for arriving troops. The young boys would sneak up when no one was looking and help themselves.

– For this story and other reminiscences of Northam as a child in the early 1940s, see Malcolm Angus.

The Commonwealth Government introduced conscription in October 1939 to ensure that the CMF kept up its strength as members left to enlist in the 2nd AIF. All unmarried men turning 21 had to complete three month’s military training with the CMF.

The training of the conscripts and volunteer forces ensured that the men would be in a fit condition for deployment in the field or as mobile reserves.

Troop training included marches over the Goldfields Water Supply Bridge at Carters Pool. Some of the local boys would tag along and, if they were lucky, get paid two shillings to carry a kit bag. By the end of the war, the pipe spanning the Avon River was covered with the names and service numbers of hundreds of soldiers from all over Australia. This section of the pipe was replaced after the war.

– For this story and other reminiscences of Northam as a child in the early 1940s, see Malcolm Angus.

The Volunteer Defence Corps was also considered a great morale boosting exercise, allowing those that could not enlist for overseas service the opportunity to contribute to the war effort. 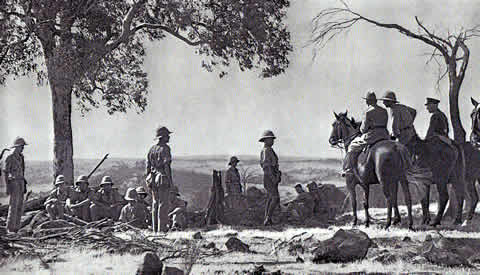 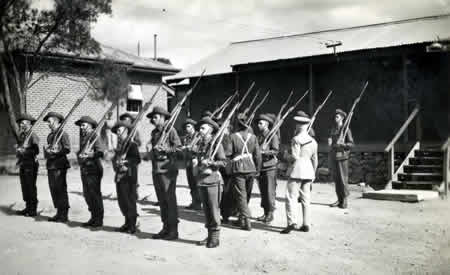 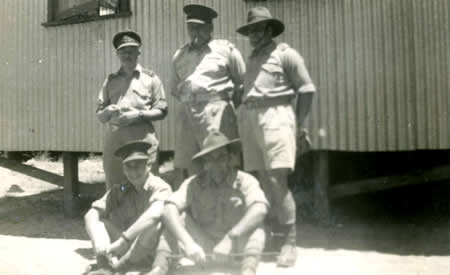 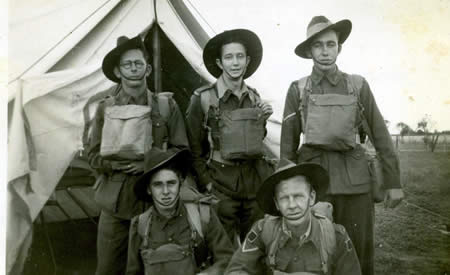 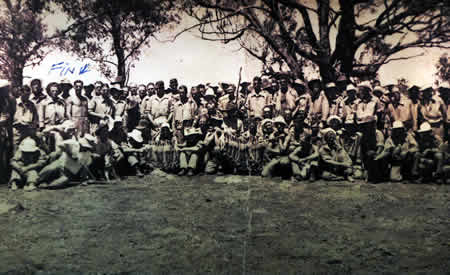 2/11th Battalion at Northam Camp, early 1940. Soldiers had to run down rabbits as part of their exercises. Somewhere in this photo is WX1076 Corporal Finlay Campbell, who enlisted from his hometown of Bridgetown on 4 December 1939. Corporal Finlay spent most of the war as a POW in Germany. He was discharged from the AIF on 10 October 1945. Courtesy Dot Campbell
« Prev Next »

Stories from the Camp

Ray Middleton remembers how little his 4 months at Northam Army Camp prepared him for the realities of WWII.

Wayne Gardiner tells of how Northam Army Camp was a major stopping point for Australian troops and lists the units who used the camp during WWII.

Alan King talks about the 2nd/7 Australian Field Ambulance which was stationed at Northam Army Camp in 1940.