Each block had its own cook, kitchen, mess room and menu. The first lot of 1,700 migrants were fed from nine kitchens, with eight chefs and fifty cooks in six large messes. Each mess could feed about 260 people per sitting.

One of the barracks was converted to a children’s kitchen and kindergarten at the request of the Camp’s medical officer, Dr Rooyen. Special meals were prepared for expectant mothers and children under three.

As there were set times for meals for the workers, women and children, some families collected their meals from the various messes and took them back to their hut so they could eat together.

While the authorities and Australian visitors to the camp often described the food as excellent and varied, immigrants generally had different views. It was often cold and at times overcooked. There was too much mutton. Most chefs did not have the relevant experience and kitchens were understaffed. Over time, tastes changed and many migrants grew to love pumpkin and Vegemite!

However, there were no or few complaints about the quantity of the food. Menus were modified over time as the chefs became more aware of migrants’ preferences and the availability of local produce.

Many immigrants went on shopping trips to Northam on weekends, either walking the five kilometres or catching Mr Chidlow’s bus. Each Saturday morning, Northam was abuzz as the newcomers went about their business.

Some bought familiar foods to cook in their barracks or on camp ovens. This was actively discouraged by the camp authorities who, citing health and fire risks, would direct the block supervisors to conduct spot checks to try and catch the rebellious chefs.

Waitresses were employed in the staff mess, where the food was better and there was more variety. Immigrants working at the camp soon ate in the staff mess in preference to the migrant messes.

The diet for migrants was based on the Australian Army’s C Class rations and provided a balanced diet while keeping costs low: 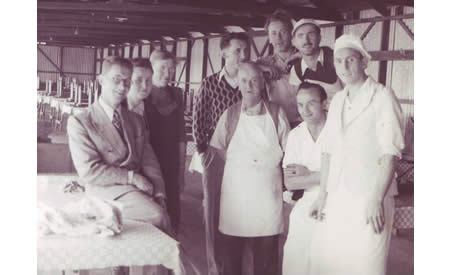 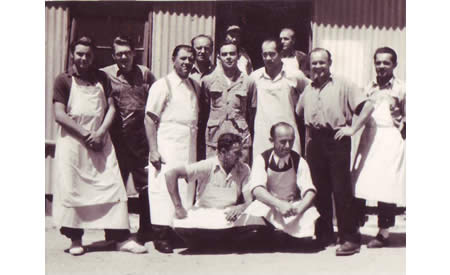 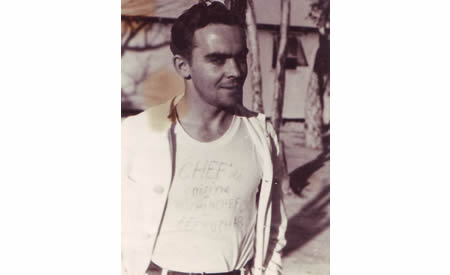 Dosan Basanovic describes the facilities at Northam Camp, specifically the dining room where up to 60 people gathered to eat lunch and dinner.